Thoughts and feelings happen and I put them here because Reasons 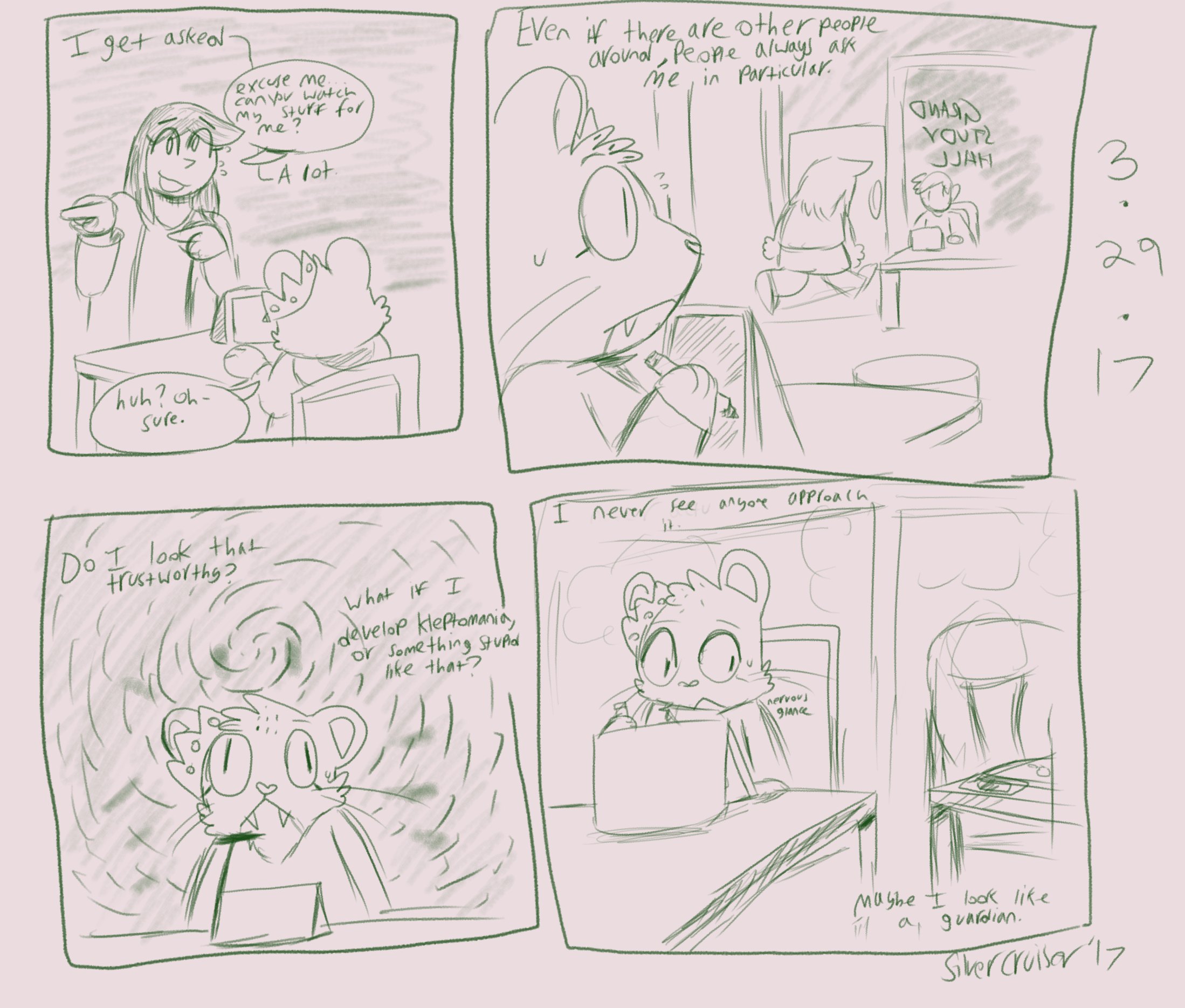 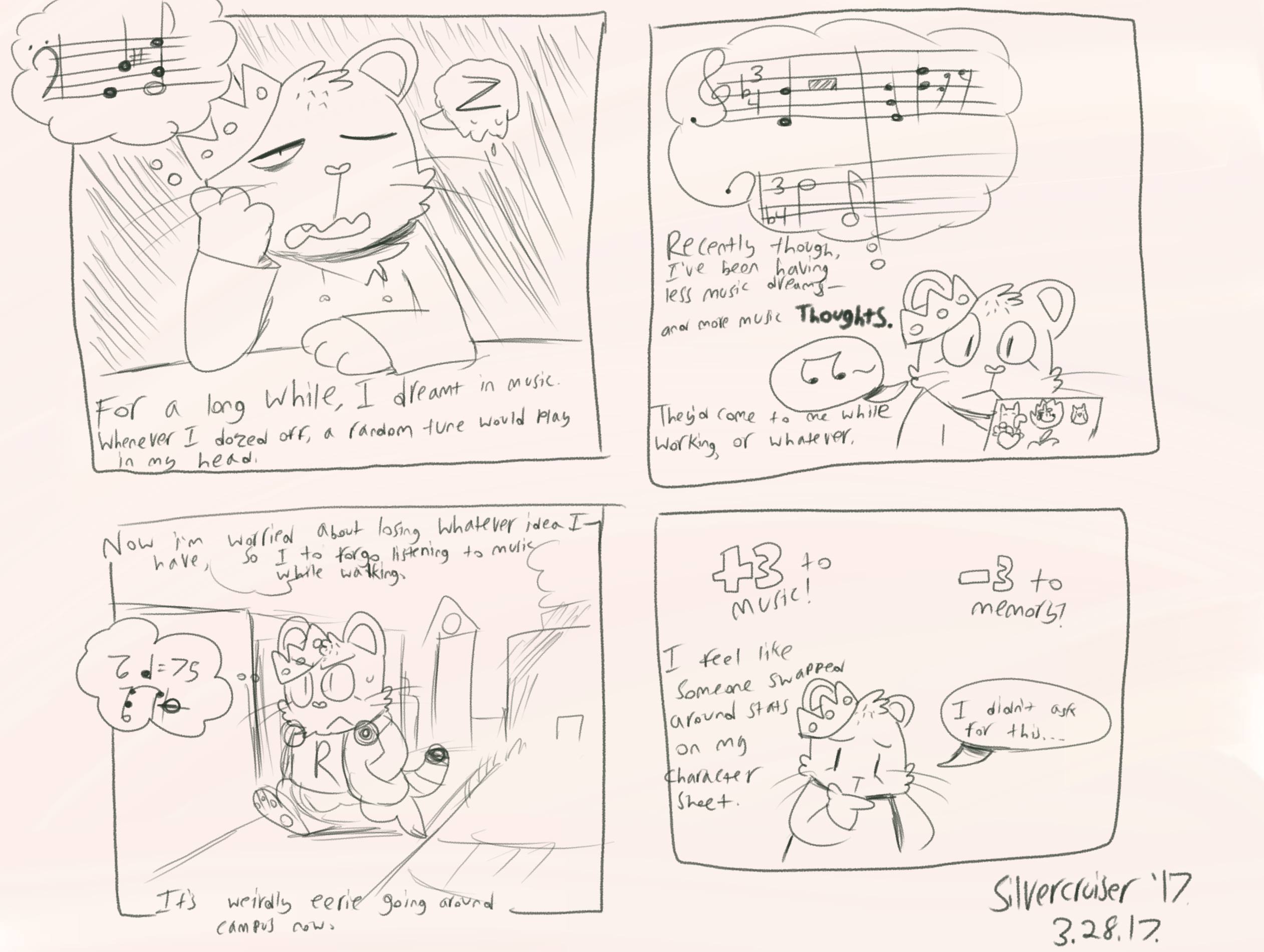 I don't need light, just give me water

3.26.17
There are a couple reasons why i've been laying so low and i very well could write an essay about it, but i'll save that for my therapist. Instead, here's an doodle dump to make up for my abscense! 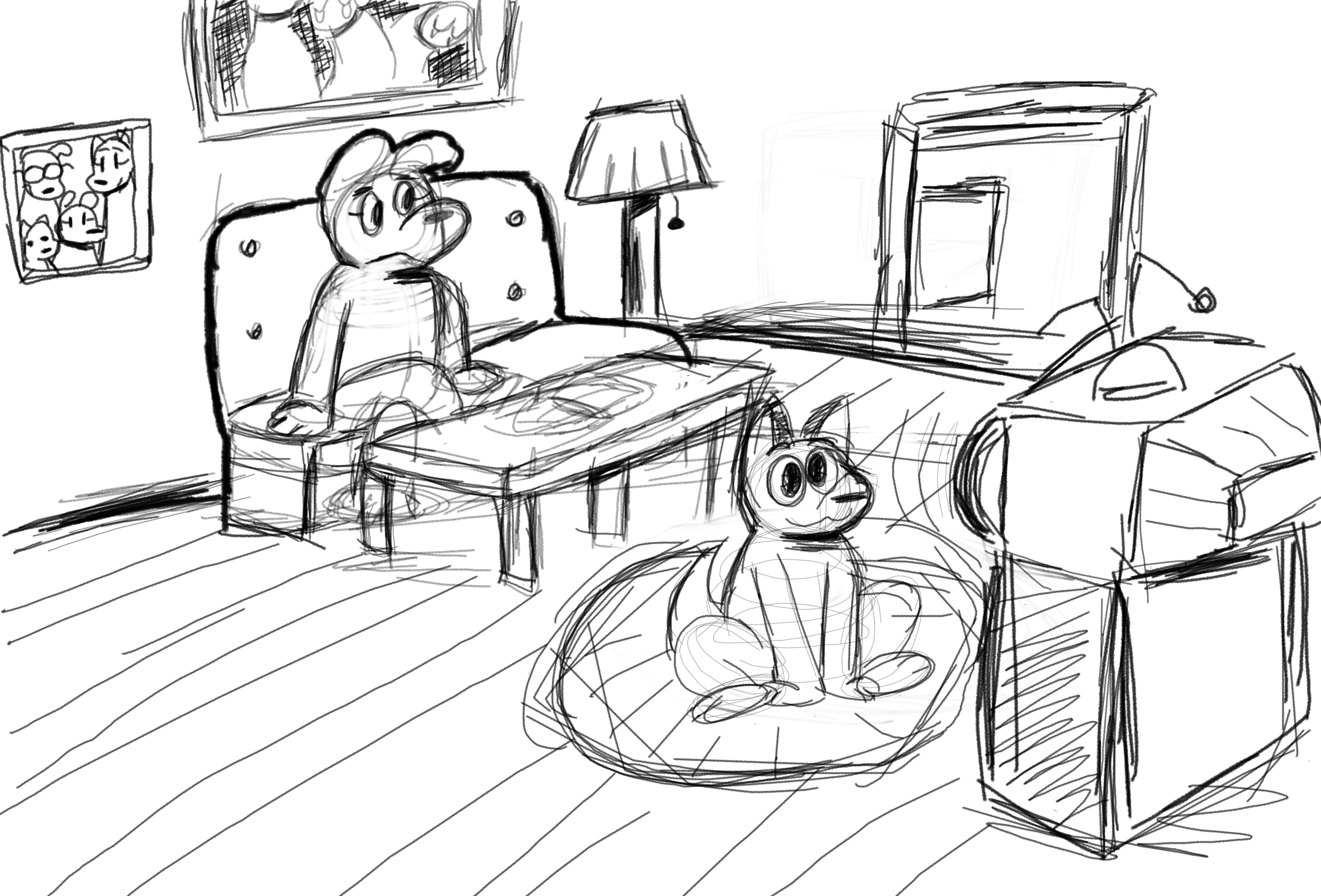 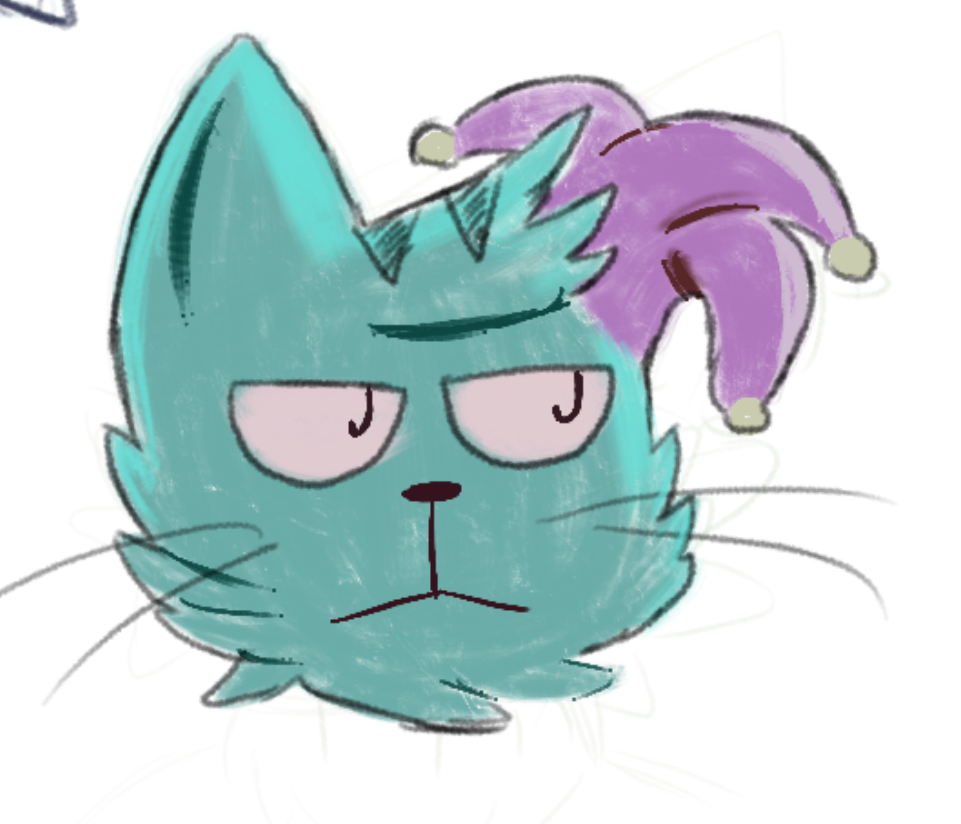 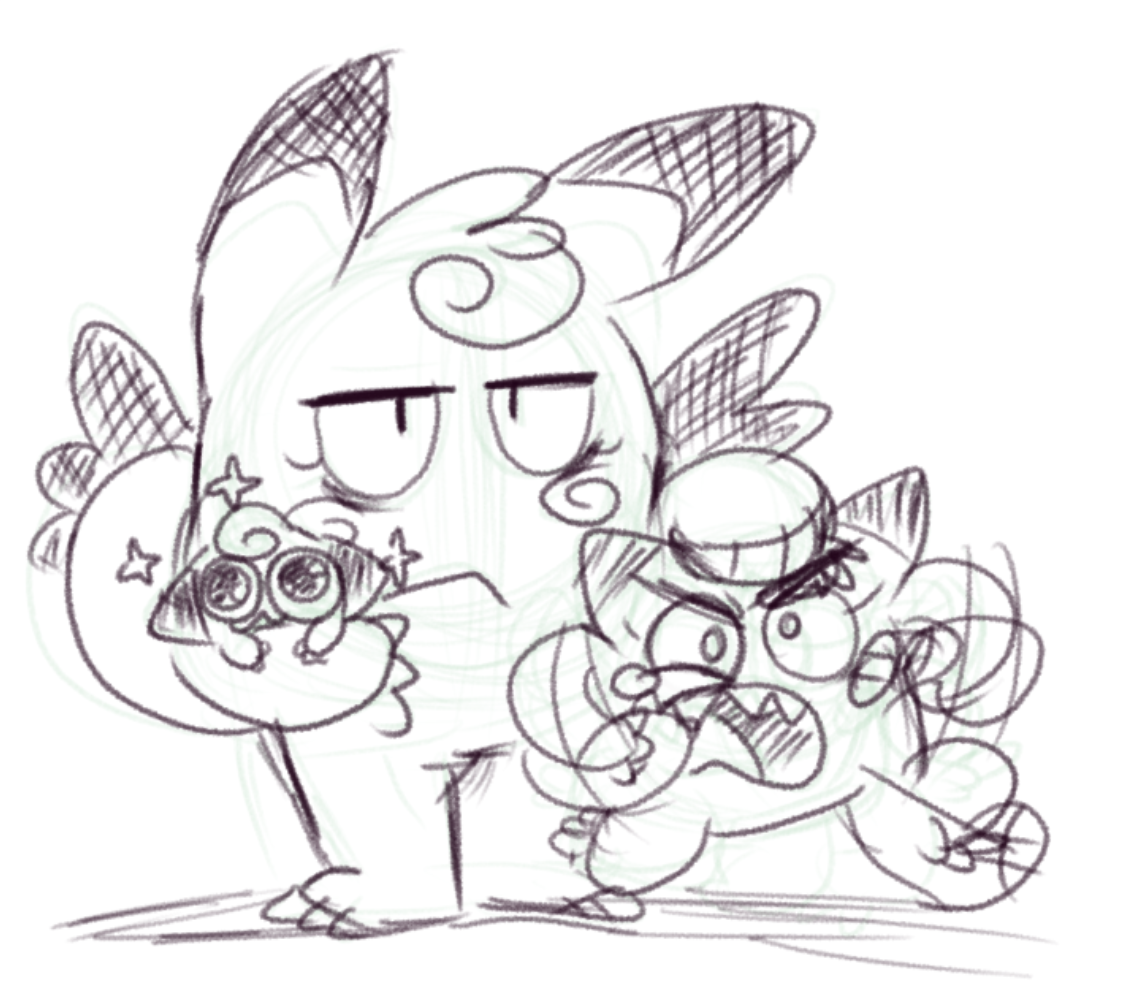 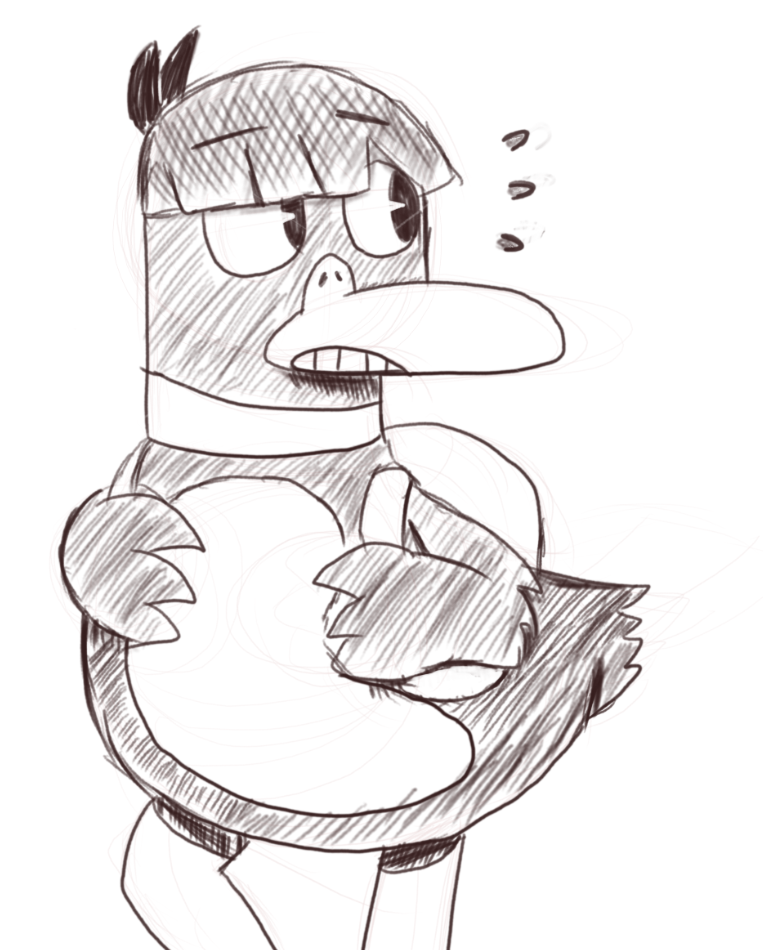 this duck shows up in my dreams a lot... 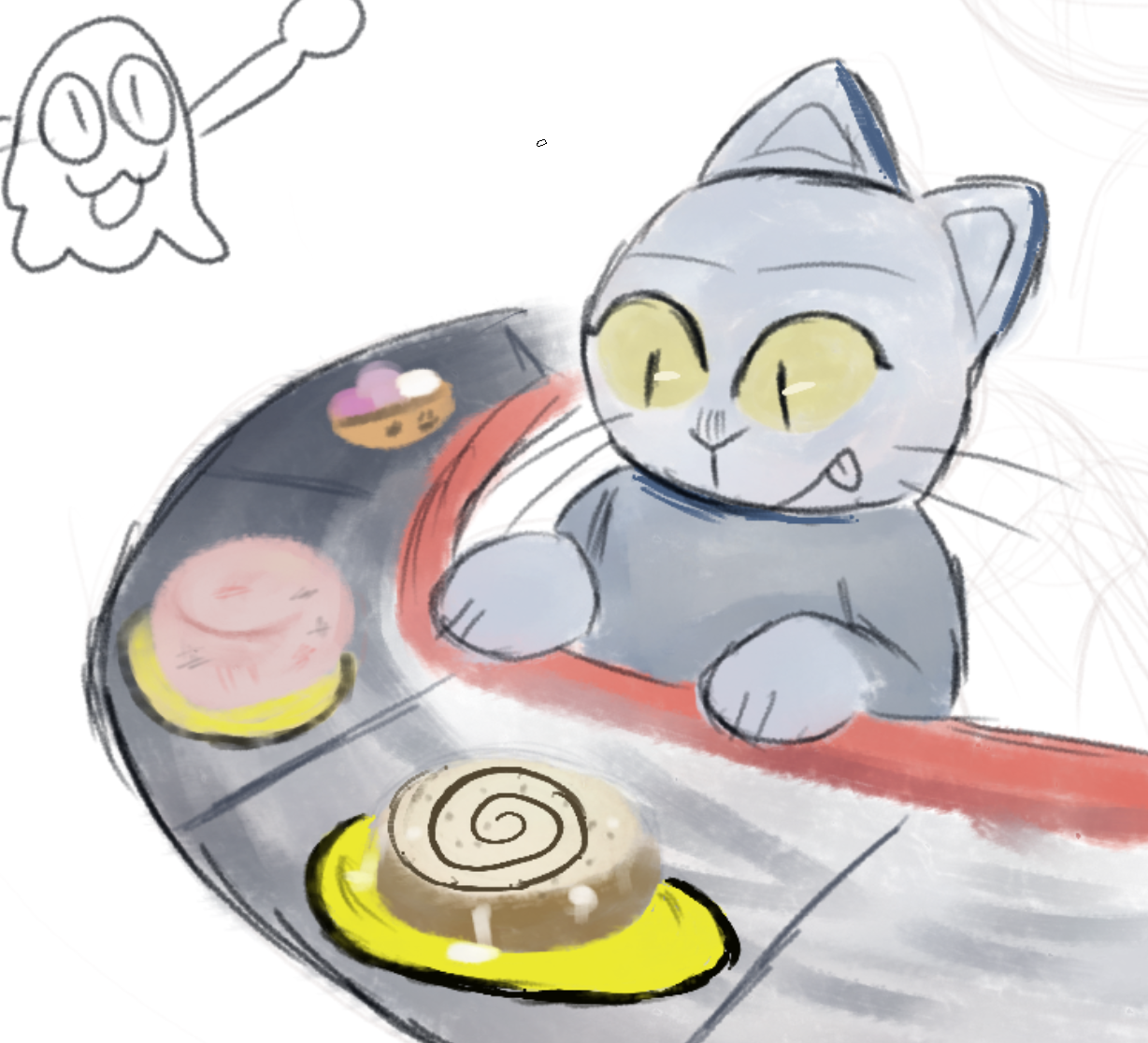 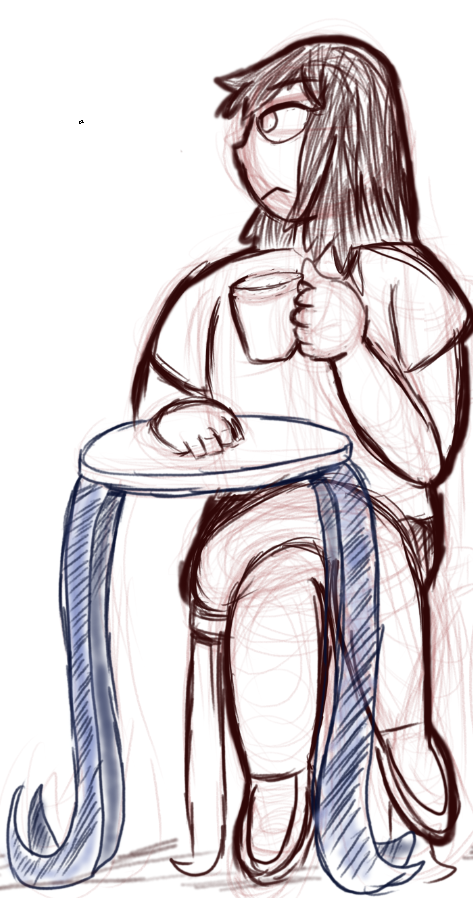 Daily!
...Yeah, i've got nothin'. Today was a day. The First Day Of Spring Magic's worn off. The pride was nice while it lasted; back to motonony, I guess. Did manage to salvage this little friend though:

Nooooooot even sure if I wanna color it in as of yet. It's kind of charming the way it is, I think

Fatigue can be fun sometimes, because rest will double-good

Based on the forecast, it seemed like winter was finally letting up, so i thought dressing lighter wouldn't be a terrible idea. So did everybody else on campus, it seems. There's some kind of First Day Of Spring magic in the air today, I think; instead of bundled up coats and scarves, everyone's sense of style was visible. Cool baseball caps and snappy wardrobes were evident and for the first time in a while, I saw some personality radiating from the people around me. Everybody had it before. It was just hibernating!
yes, this was truly magical to see. Almost enough to make me forget thatI had to get my whole god damn tablet replaced. I've already failed at posting doodles daily it seems. I'll try again.
Here's a work in progress of a commission because you probably deserve it. 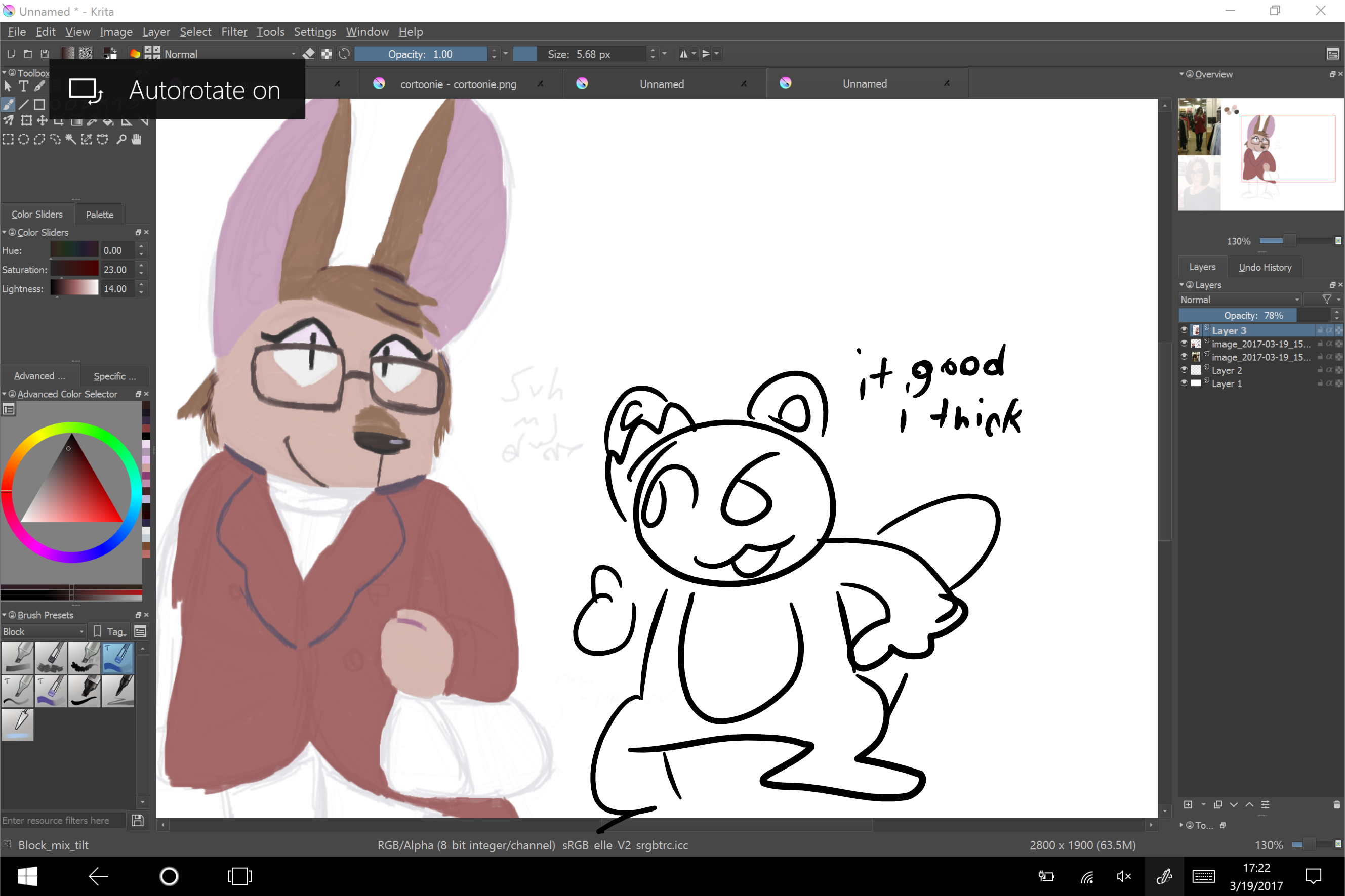 There's no shame in falling down as long as you get back up sooner or later. 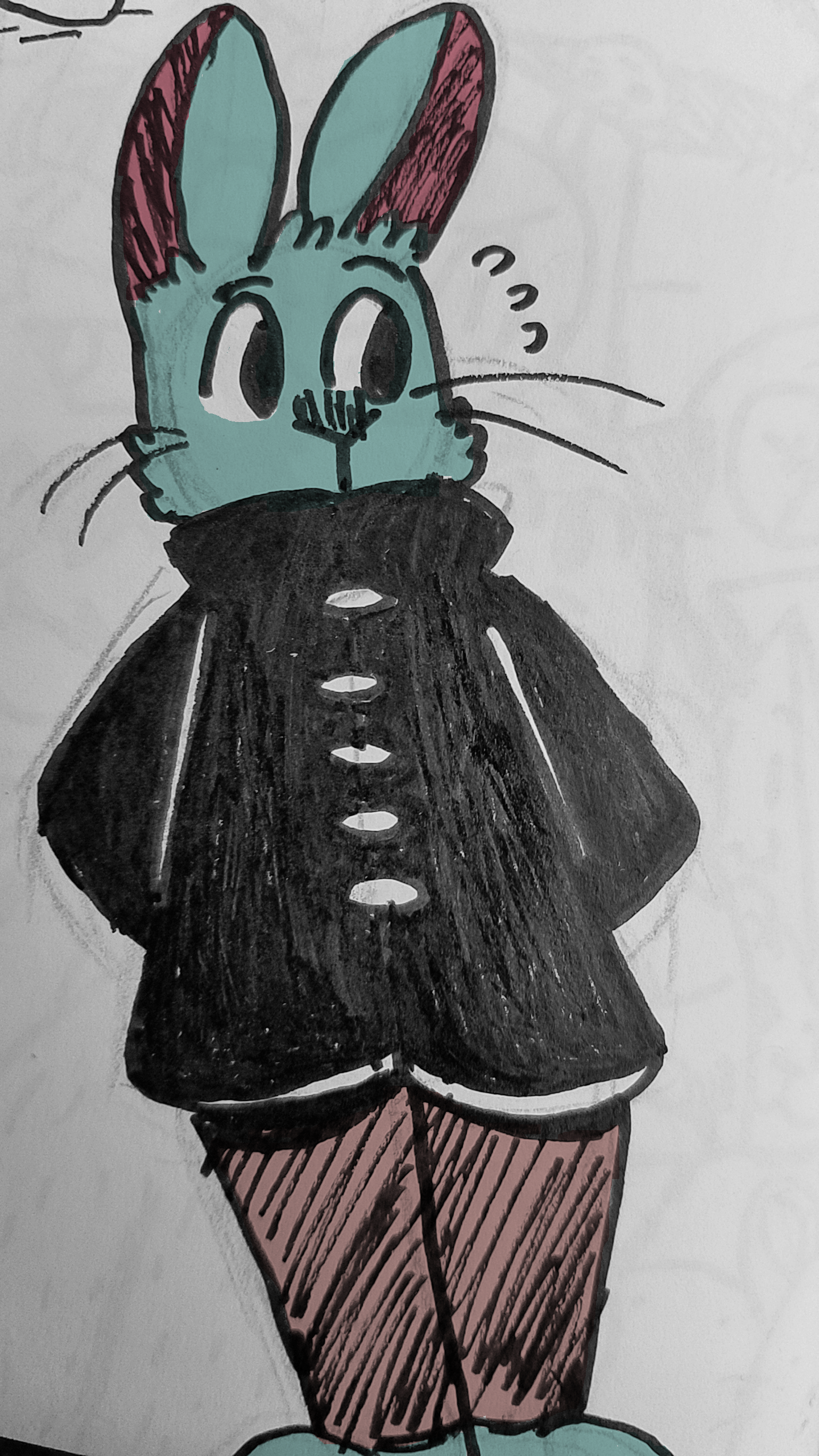 Today's Daily that i'm only going to start posting now.

The boy you like showed up in your class today. He's not even in this class. His friend just invited him. You overhear him talking about the critically acclaimed film The Room. You make an attempt to talk with him about it and how excited you are for the adaptation of The Disaster Artist. You stumble over your words. A whole lot. You get on with the class. After each of the speeches, he gives critism on the way each one was delivered, though nobody really asked him to.He really knows what he's talking about, thanks Mr. Communication Major.
In the next class, you accidentally fall asleep. You scurry back to your dorm to write a blog post about your day but on the last minute decide to make it in the third person.
In general, you're pretty happy this week is over.

3.16.17
I could go on for pages and pages, but I think I'll spare everybody the details;
eat shit, microsoft, eat shit
at least I had something going and saved. Speaking of which, in the period of time I've been using Krita, I can't really say i'm used to having all this capability to do just about whatever. It's cool, yeah! But it feels like a massive open space with a little TOO much freedom. I do like some limitations. Maybe I'm just weird.
The post-break work week is way more taxing than I expected it to be. The tablet malfunction was just icing on the moldy cake. But it seems like every time I have one of Those weeks, Some other good thing seems to become a silver lining of sorts. This has happened enough to begin questioning how coincidental it is.
Mr. Professor, look at our visitor Telegraph Telegraphovich!

3.14.17
IT SNOWN AGAIN!
Resulting in cancellation of everything in and around campus despite me feeling all productive for once. But, studies have never let me down I guess.

Also!
I've been getting way back into reading and am slogging through Petersburg. I dont know why I have such an affinity for 1950's european absurdism, but it seemed that never really ended.
Also.

I knew you all would come around. Black tea is the bestest™. This is the longest song of the day yet! 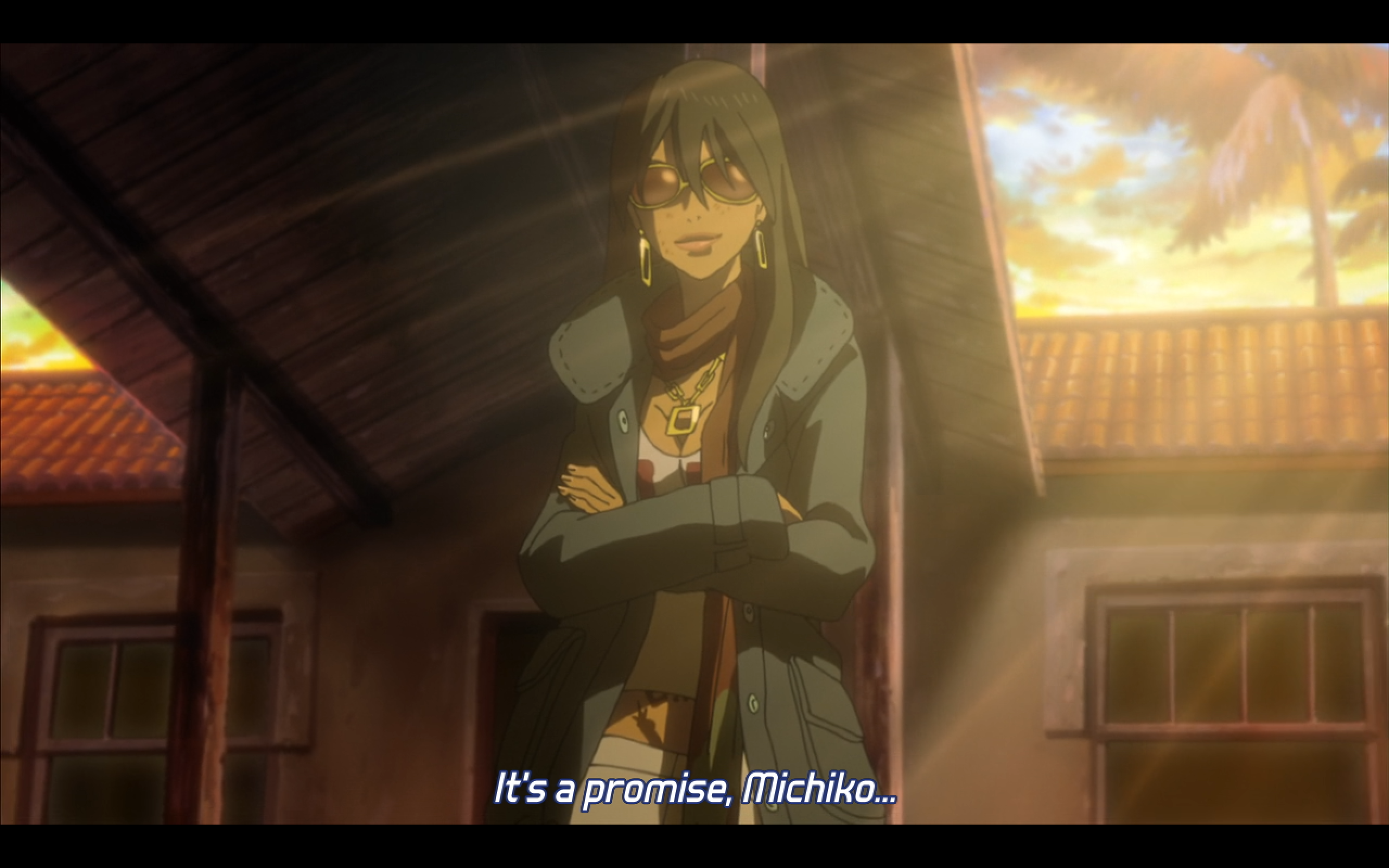 WHY DID I STALL SO HARD
IT WAS SO GOOD!!!!!
Where Yuuri!!! on Ice shines in comedy, Michiko e Hatchin shines in drama. Yamamoto is truly diverse in her directing talent, but I do think this was a lot stronger than what I had watched previously. It could be because all the characters feel so...human? I suppose? Like, way more than YOI, which had many realistic traits but was probably played up for the sake of time. MeH had a lot of subtlety and heart to it, right down to the Killer Opening Theme sequence.
When the hell did I start reviewing anime? 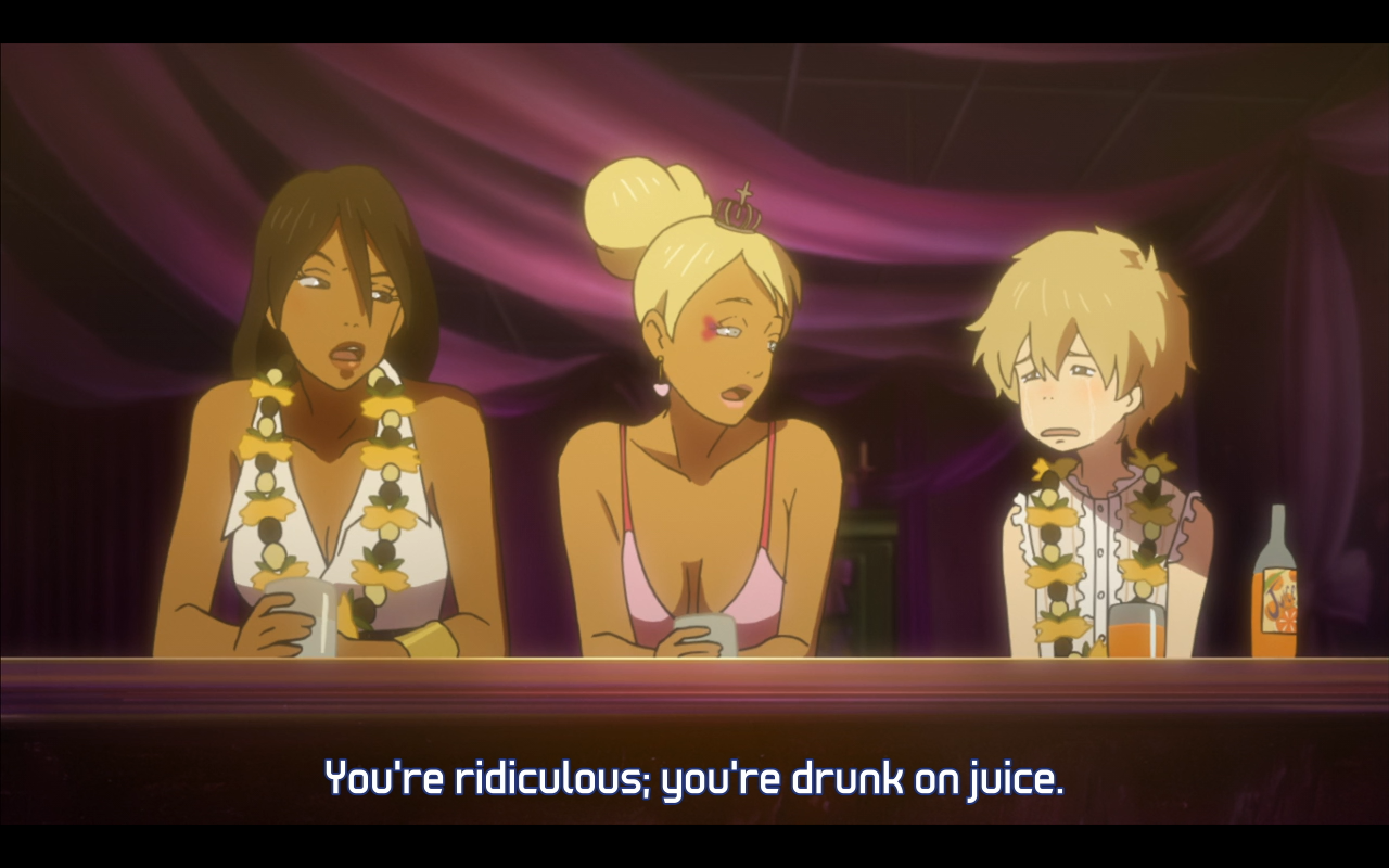 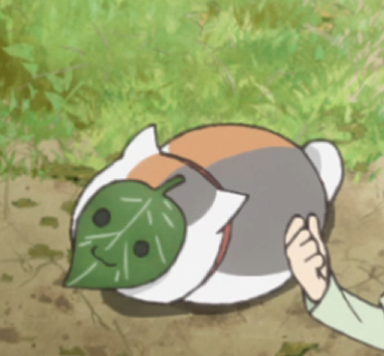 Let's talk about mental distractions instead: Night In The Woods is out and it's almost everything I hoped for when I preordered it. Despite me absolutely not growing up in a Pennsylvania Small Town (it was a new jersey small town) it has the exact feeling of nostalgia and homelyness that felt like I myself had come home. Also, almost all of my friends who have it too are saying that it's the most Me thing they've ever played. "DJ, When did you become a video game??" as one said.
I get where they're all coming from! It really is quite me. But with my passion project I aim to make something that's even more me. It's a very exciting secret that's going to have to remain a secret.
My head's starting to feel a little clearer.

2.19.17
This bit from the latest episode of Bonobono got me thinking a little: 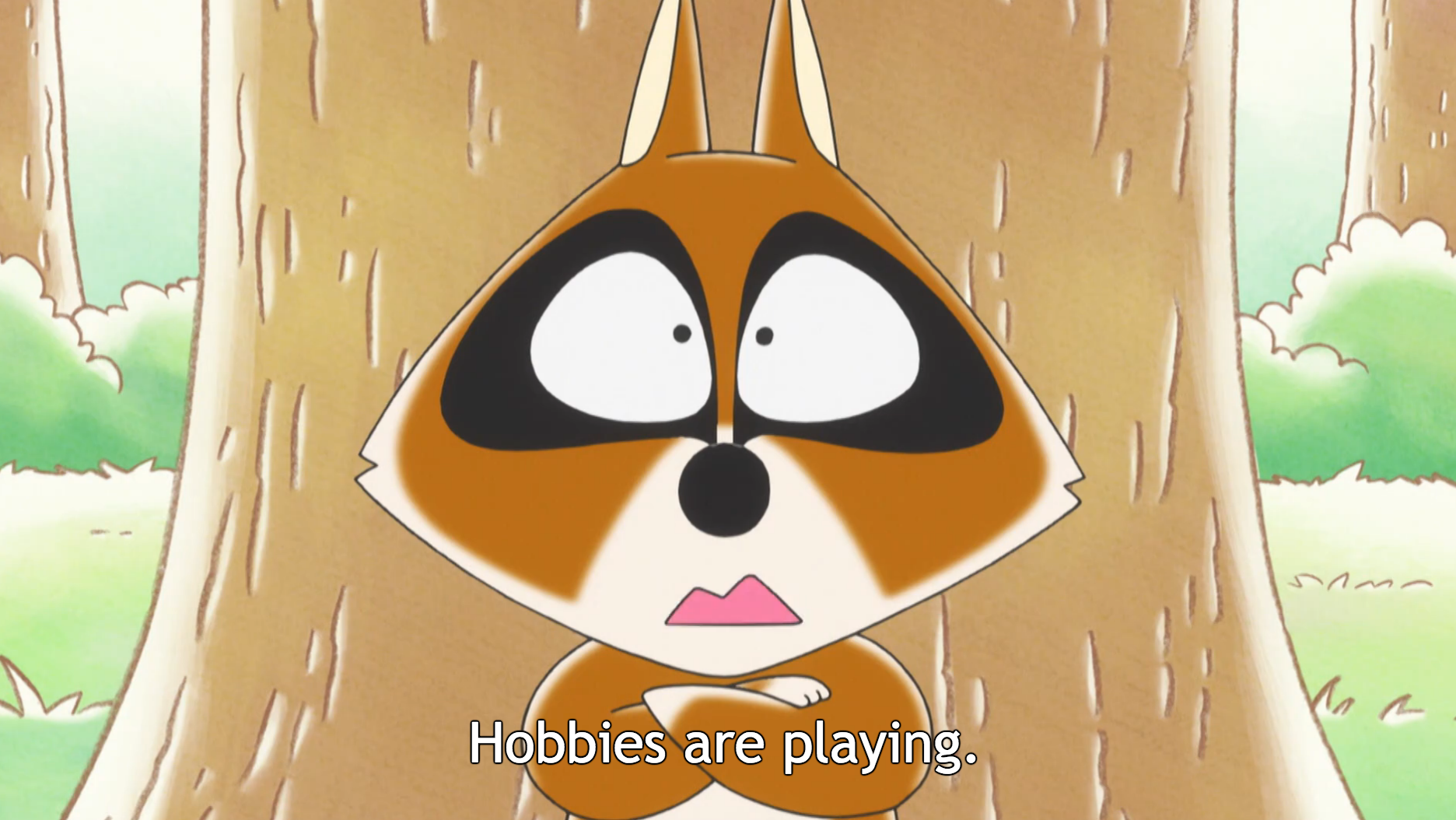 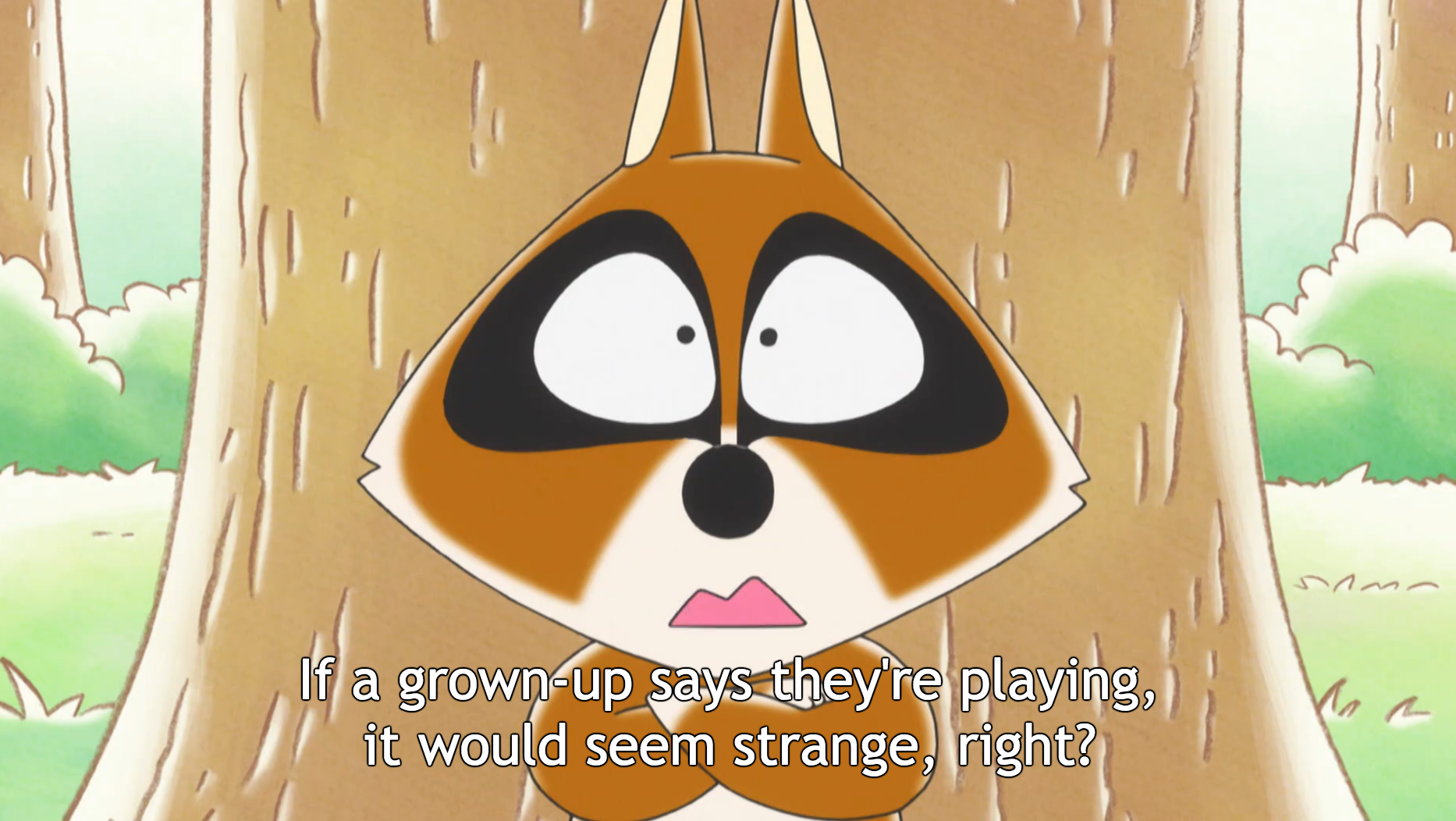 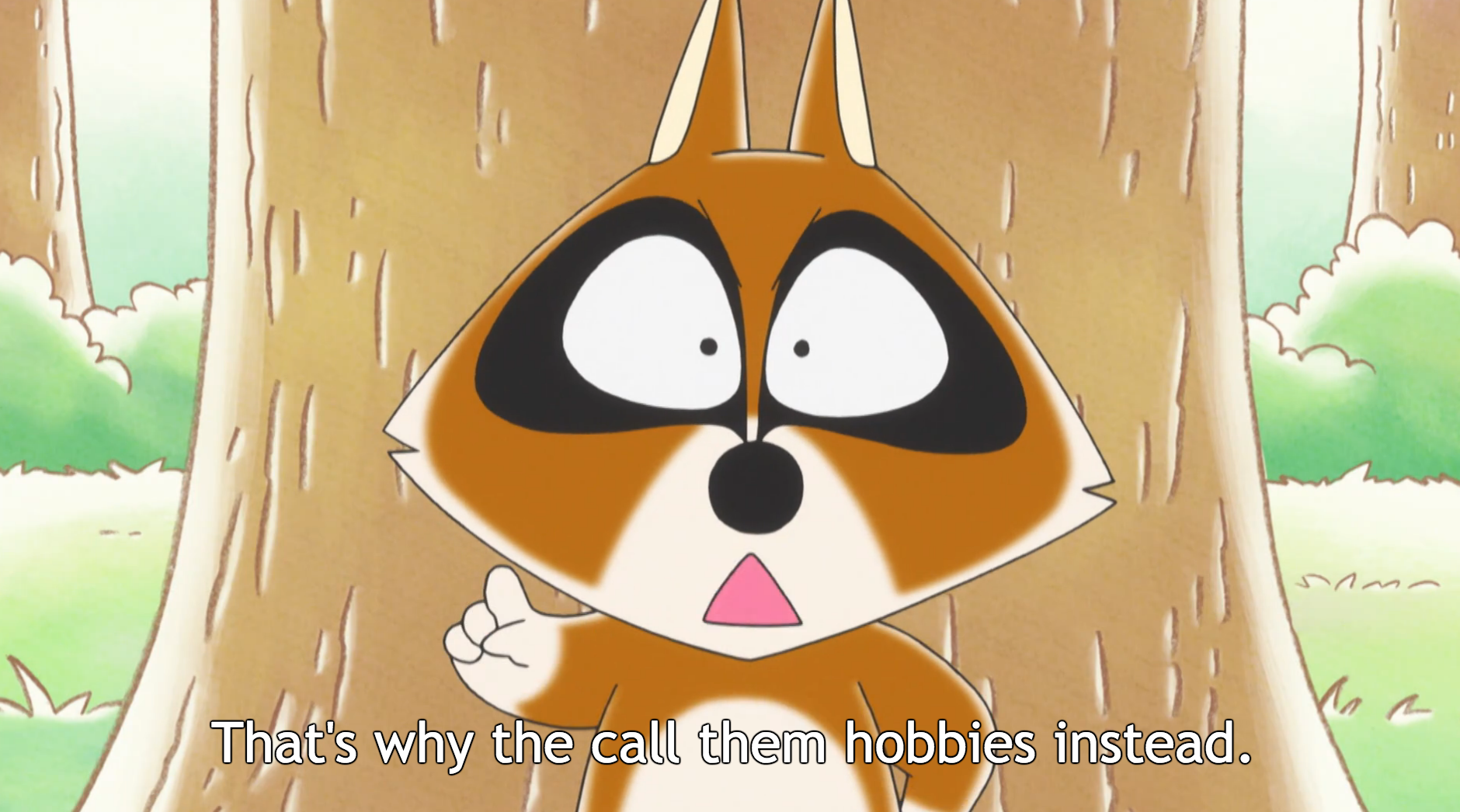 I can understand where Araiguma's coming from here, it feels much more mature to call something like playing video games "a hobby" as opposed to "playing with a toy". However, if someone were to suddenly make money off of streaming these video games, does the hobby automatically cease to become a hobby and becomes a job instead? What about in the case of being a workaholic? If you slowly come to enjoy your job, does it become a hobby to work? Isn't that kind of contradictory?
I could also be thinking far, far too into a show for children.
In any case, I'm home for the weekend and I missed this big idiot. 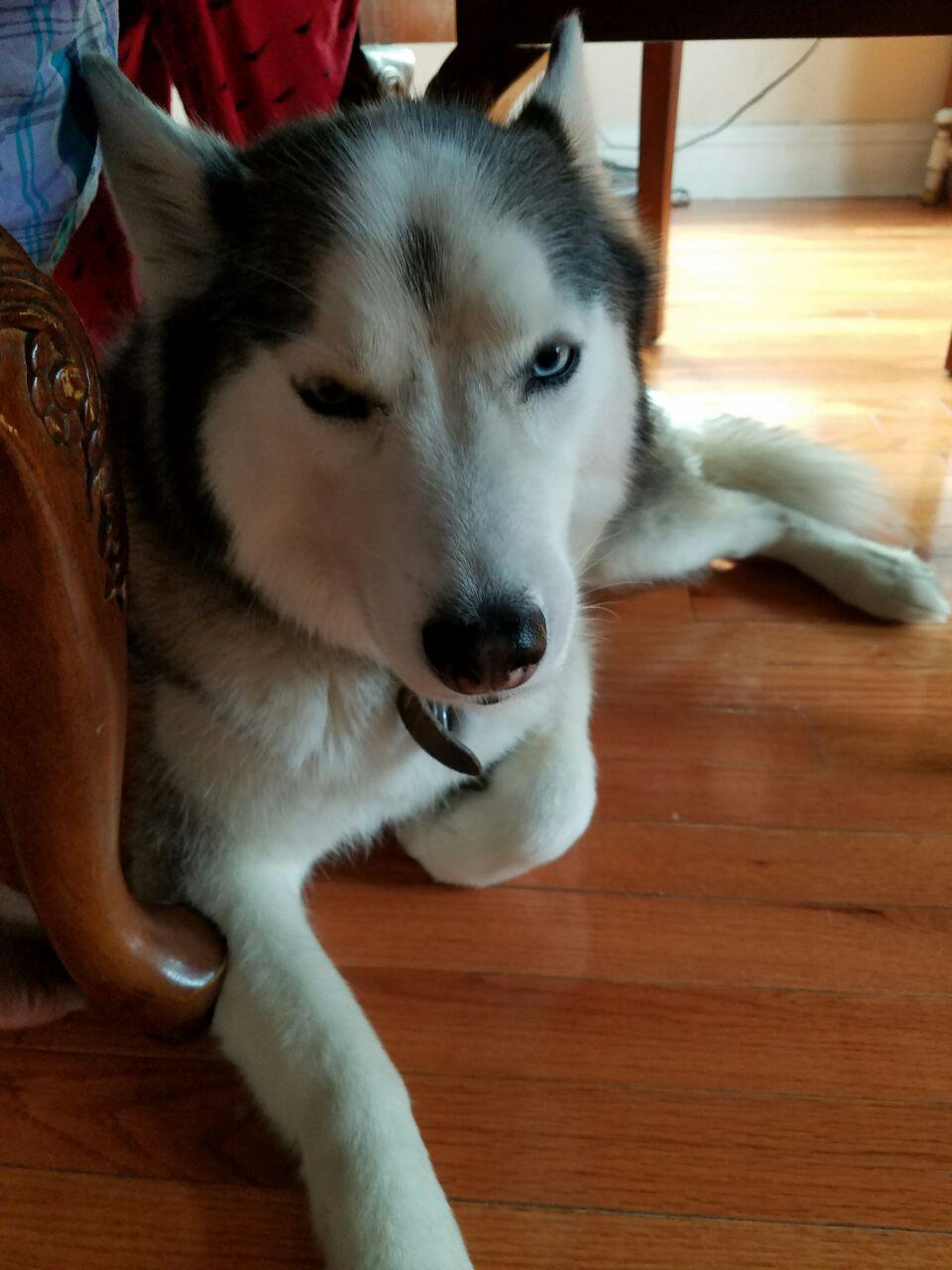 2.17.17
goodness gracious i am so glad that week is over
seriously i dont know what the hell any of that was but I was depressed and exhausted and anxious the whole time and it was essentially 5 days of General Hellishness. I dont even have the energy to add some silly pictures to this post...
On the bright side next week is already looking a little better. I'm officially a Degenerate now. Despite my mental drain, I'm way optimistic for where we're gonna go in the future.
here's your song of the day. Time to go back to screaming at a notebook until I know Korean. ┗( ●-﹏ ｀｡)づ 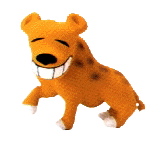